The logic of natural science has played a major role in the development of our modern society. In this field of study, you will work with a number of examples of this, as you look at the interaction between theory and the experimental.

Possible interdisciplinary subjects could be global warming or the development of the universe. You will also be given the opportunity to visit and participate in short courses at companies or universities. 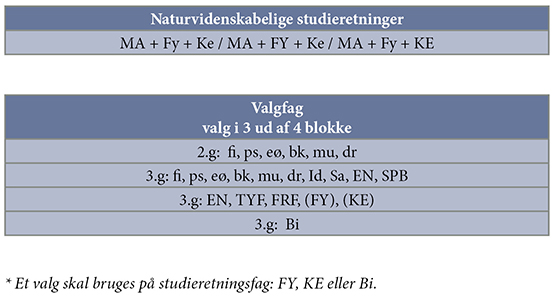